When thinking about switching platforms it's important to think about hardware. In fact, hardware is one of the most important elements when it comes to making the leap from one type of system to another. In this post, I plan on looking at one of the systems that has recently caught my eye due to its stylish looks and wonderful screen: the HP Spectre 13 x360 Limited Edition.

Between 2002 and 2009 I was a die-hard fan of Hewlett Packard machines. They were built better than the competition, more expandable, and easy to fix. Their business models shipped with an excellent keyboard and screen resolutions that were almost unheard of at the time. That came to an end in 2010, though, when my 6 year old notebook was in need of some rather serious repairs and I started looking at alternatives. None of the Hewlett Packard notebooks being sold in 2010 were worth spit. The same can be said about the units sold in 2011, 2012, 2013, and 2014. Their "Envy" line had some decent hardware specifications, but these were clearly just samsungs — obvious facsimiles — of Apple's MacBook Pro line. The HP Spectre does take a lot of design cues from Apple, but it's also different enough to attract stares of appreciation.

The Spectre 13 x360 Limited Edition is both a mouthful, and a sight to behold. 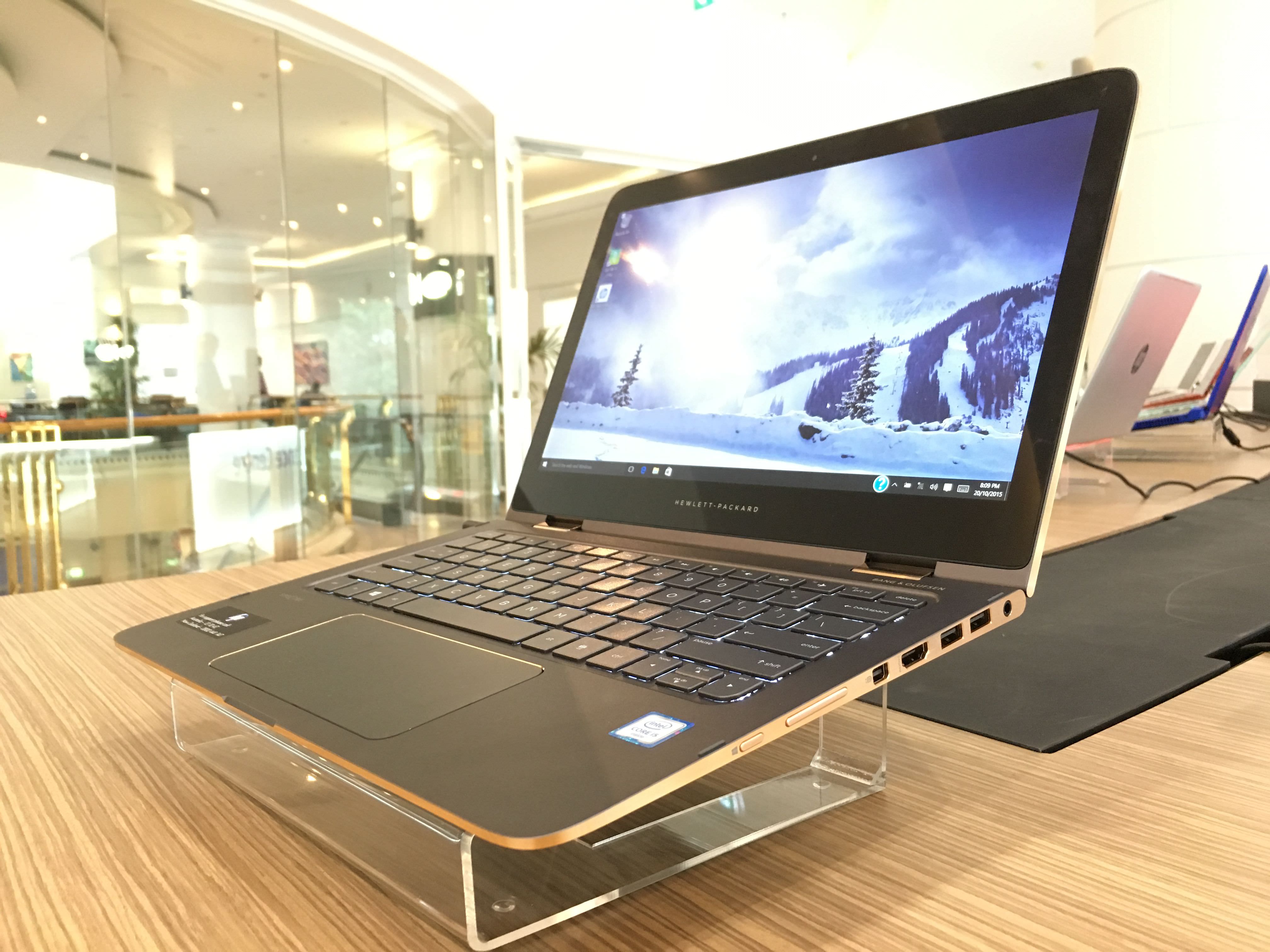 The first thing that caught my eye while walking through one of the big-box retailers in town was the brightness of the screen. It beckoned me like a moth to a flame, and I just had to head over to take a look. What's interesting about the Spectre line is that it's one of HPs "convertible tablet" models. Meaning that you can flip the screen right around and carry the machine around like a bulky iPad with an exposed keyboard on the back … an ill-considered decision that a lot of manufacturers seem to enjoy for it's relative simplicity. That aside, the 13" screen on this machine is beautiful with it's 1920x1080 resolution and awesome contrast ratios. Blacks look really black, and colours are vivid and lively, just like one would expect to see on an Apple device.

That said, there are some show-stopping problems with this particular device. In Japan, there is only one configuration available to customers, and it means being limited to 8GB of motherboard-soldered RAM. The US models do have a 16GB option, but not with a Japanese keyboard; something I consider to be quite important. On top of this, the keyboard doesn't have a very satisfying feel when I'm trying to type at speed. More often than not, the [Shift] key is a little slow to release and I wind up typing two or three capital letters at the start of a sentence before the key releases on its own. I could solve this problem by slowing down … but why should a human slow down for a top-of-the-line machine?

The machine can be had with its lovely screen, 8GB RAM, and a 256GB M.2 2280-type SSD for the reasonable price of 129,800円 (about $1,150 USD as of this writing). All in all, this is a very good price considering what's under the hood. The machine looks more unique than an entry-level MacBook Air, has a much better screen, faster 6th-generation i5 processor, ships with more RAM, and can be used as a tablet for people who are good at holding devices in such a way that they don't accidentally press keys while doing something else. The gold trim is absolutely gorgeous, and the keyboard won't be too much of a problem for people who don't type quite as aggressively as I tend to do.

While I haven't yet made a decision about what kind of computer to buy next, this unit here gives me something to think about … so long as I can deal with the keyboard and lack of RAM expandability.