One of the terrible habits I have is the inability to leave things be. Later this month I'll be officially changing roles at the day job and, as a result, have been promised a pretty beefy computer. It's yet to arrive, but the unit in question is a Lenovo ThinkPad W541; a beast of a notebook if there ever was one.

The ThinkPad W541 is essentially the exact same unit as the W540, but with hardware buttons atop the touchpad. As someone who enjoyed using the little red nib on previous ThinkPads, this will be a nice addition. Typically the touchpad on non-Apple devices are incredibly over-sensitive and cause a great deal of problems when someone is doing a great deal of typing. While I typically disable the touchpad with a quick keyboard command when typing, I'll be able to keep the touchpad disabled for most of the day as a result of having the hardware buttons.

One of the things that I am most looking forward to with this device is its raw power. With an Intel Core i7-4710MQ processor and Nvidia Quadro K2100M under the hood, it's bound to rock the clocks. A total of four SO-DIMM slots are easily accessible, too, allowing for a maximum of 32GB DDR3L RAM. Naturally, the device does ship with SATA3 connectors as well as a handy little M.2 SSD slot. I plan on putting these to great use with some extra hardware I picked up. 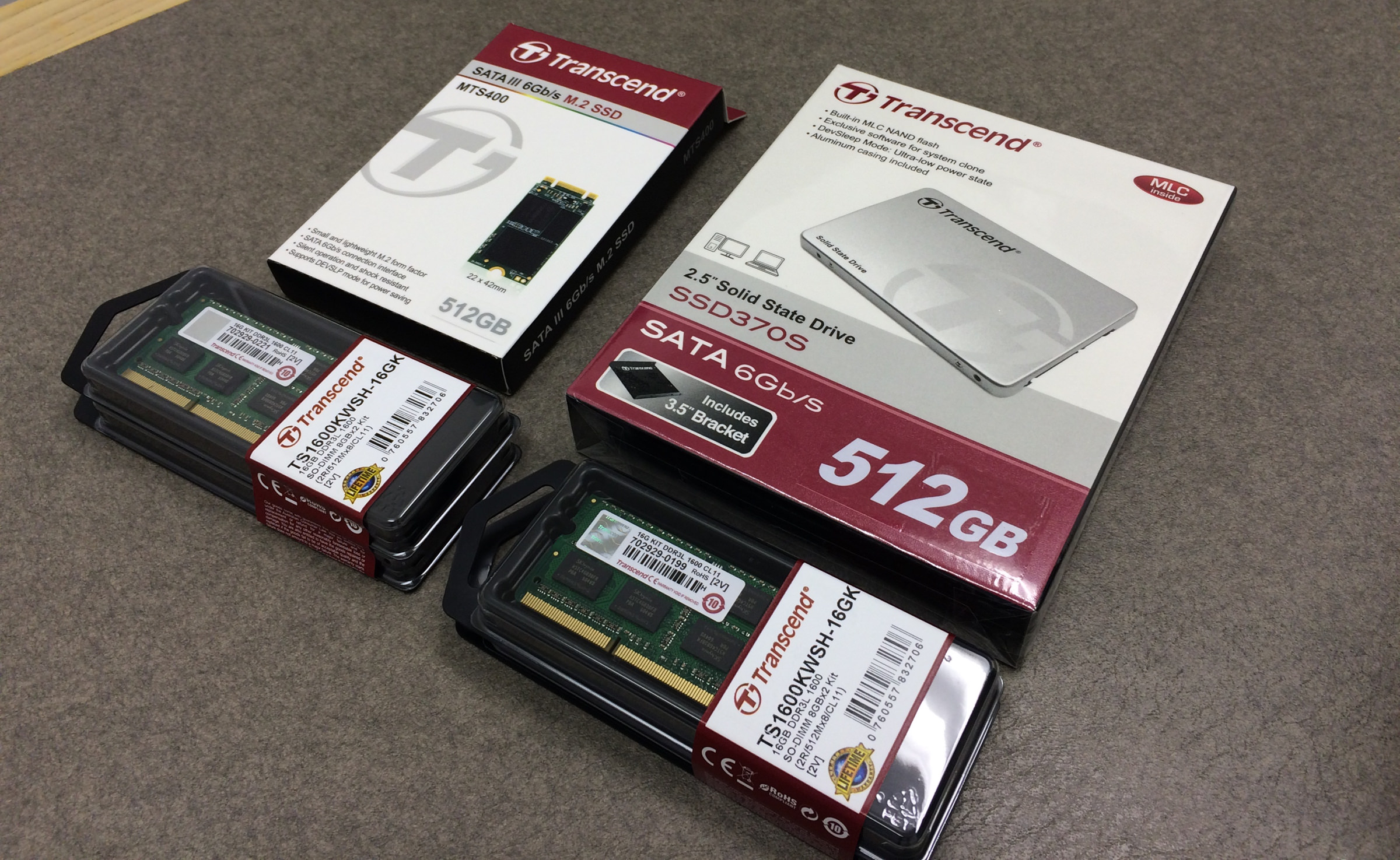 Employers tend to frown when employees upgrade hardware, so I'll hope that none of them ever visit this website. That said, once the upgrades are in place, the notebook will have 32GB of memory and a terabyte of SSD. The original hard drive will have its partitions imaged and thrown into a VM, while the base operating system will be Ubuntu 15.10 this month, and 16.04 when that drops next month. This notebook, in addition to the MacBook Pro I'm currently writing this on, will be wonderful little machines to run Linux on as I continue to make the transition from Apple's ecosystem to Canonical's.

Now I just need to release an application …