When thinking about switching platforms it's important to think about hardware. In fact, hardware is one of the most important elements when it comes to making the leap from one type of system to another. Two months ago, when I was just setting out to research machines that might make excellent Linux notebooks, a friend of mine recommended I take a look at the Lenovo ThinkPad x250. Having already looked at three other Lenovos beforehand, I figured there was nothing wrong with examining a fourth. This was the smallest of the bunch, and one that I've had some experience with in the past: the Lenovo ThinkPad X250.

Now, by some experience, I mean that I had used a rather sluggish X210 many years ago. The notebooks have come a long way since the days of Core2Duo processors and spinning disks. The X250 models are nothing like the earlier devices I remember. 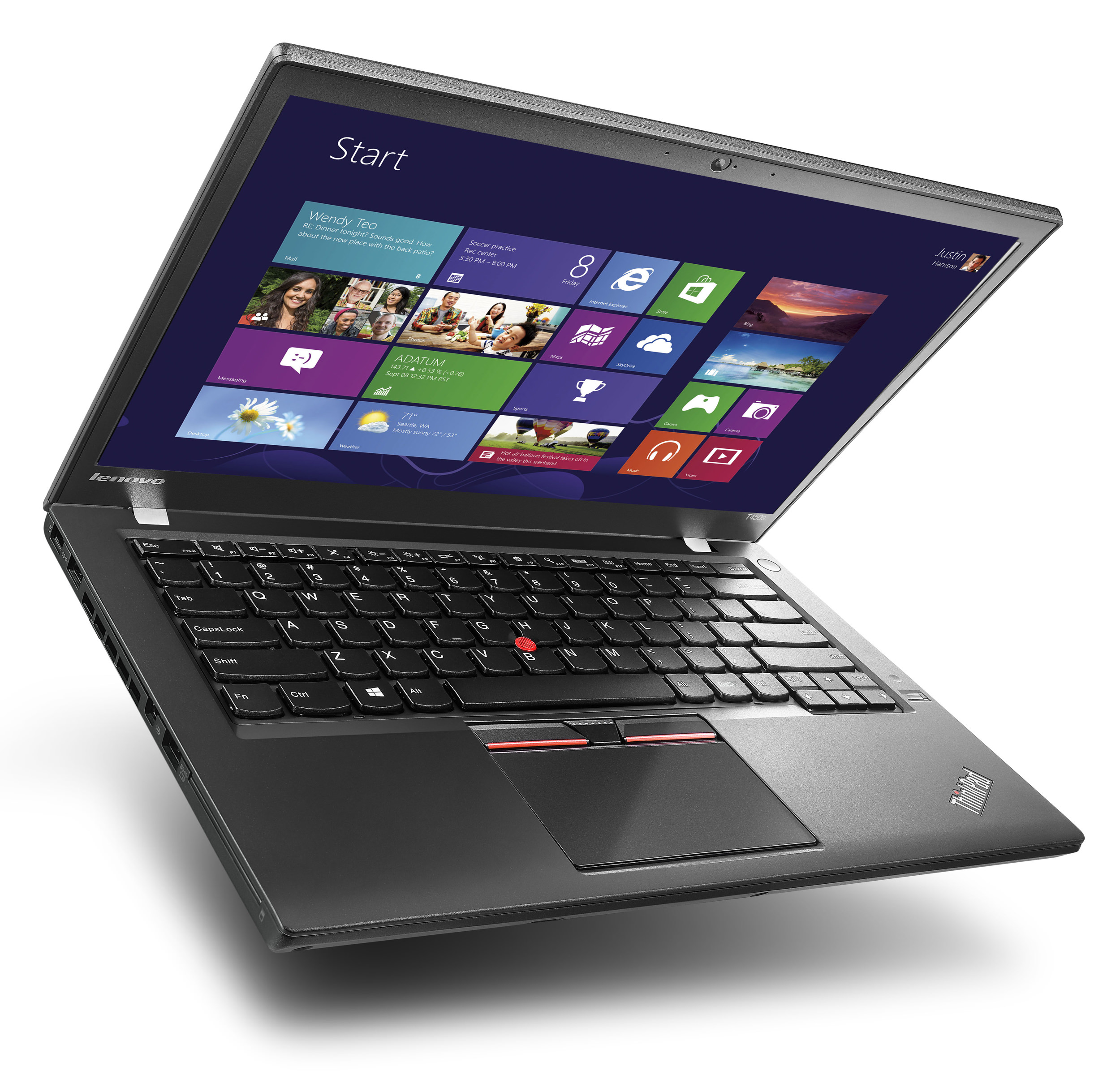 I had the chance to examine one of these up close and personal today. The display model had an i7 processor and 8GB RAM, which meant that the bare Windows installation was snappy and ready to respond without a moment's notice. The FHD (1920x1080) screen was pretty good and, while the colours were dull and muted compared to the HP Spectre x360 Limited Edition that sat 5 meters to the right, the few minutes I spent navigating the text editors and typing rows upon rows of text at high speeds were not at all hindered. I'm typically quite picky about contrast ratios and brightness levels, so this might be a good sign. That said, the notebook was awash in the harsh fluorescent lighting of a big-box retailer. Actual usage might be better.

When I was first asked about the 12" notebook, I had scoffed at the idea of using such a small device. The 11" MacBook Airs are potent machines, but everything feels far too cramped on the screen. I figured the same would be true for the X250 as the specifications show it's narrower than the X210-series machine I had used in the past. That said, with the FHD screen installed, the notebook actually feels pretty good. The keyboard is what one would expect from an X-Series ThinkPad, being solid and responsive, and there's no noticeable flex when hammering away on the keys. This last bit is quite important as keyboard flex is one of the main reasons none of the Microsoft Surface devices made it on my list despite having the same physical screen size as the Lenovo unit here. 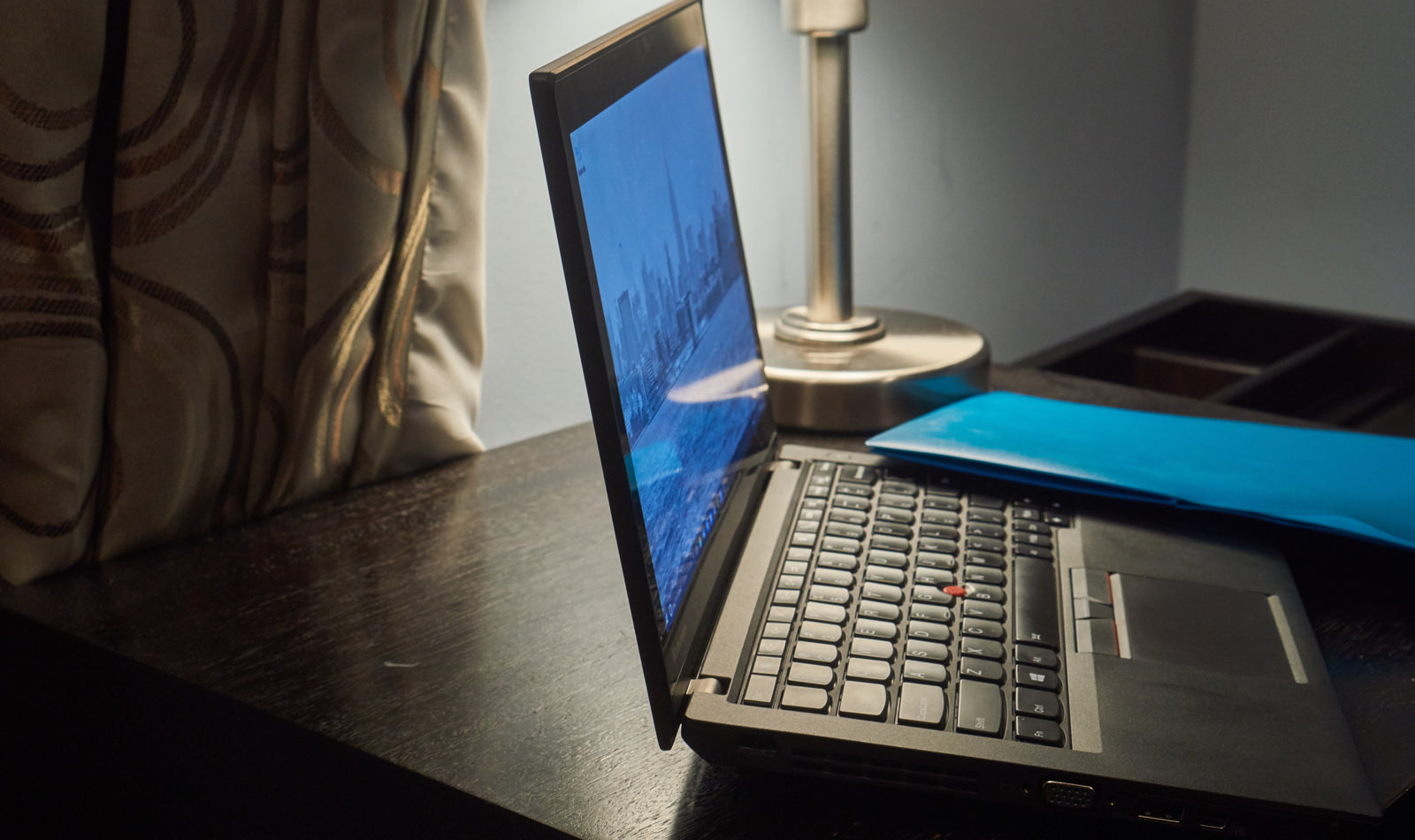 After-market expansion of the ThinkPad X250 isn't great but it's not too bad, either. A single RAM slot can support up to 16GB of memory and, like the T450s I examined a few days ago, there are two M.2 SSD slots in addition to a standard 7mm 2.5" drive bay. This gives the little unit a heck of a lot of potential when it comes to storage. That said, just like the T450s, having two M.2 SSDs installed means ditching the internal wireless card. This isn't too bad if you rarely use WiFi. Some other nice additions include the fingerprint reader and an option for a backlit keyboard, something that I value despite not needing to look at my fingers while typing.

This notebook really does comes across as the little machine that could so, just to see how much a nice upgrade would cost, I picked a model that ships with an i7-5600U CPU, 8GB of RAM, a nice FHD screen, fingerprint reader, better WiFi card, a backlit keyboard, and both a decent front and back battery. Total damage worked out to 143,078円 (about $1,250 USD as of this writing). Going with an i5-5200U instead, which is plenty for most of my current needs, would lower the price to 116,122円 (just over $1,000 USD), leaving some cash left over for some after-market upgrades … an M.2 SSD and better 2.5" storage device to be specific.

All in all, Lenovo's X250 is quite the capable little unit that packs a mighty punch in a tiny package. I was mostly impressed by what I saw in the store and would likely get a lot of use out of this machine so long as it shipped with a FHD screen rather than the WXGA travesty that the lower-end models are equipped with. While I haven't yet made a decision about what kind of computer to buy next, this unit here is a strong contender.