When thinking about switching platforms it's important to think about hardware. In fact, hardware is one of the most important elements when it comes to making the leap from one type of system to another. When I first embarked down the road of replacement systems, I was hoping to cajole some managers at the day job into buying the machine I wanted to use at home. This would allow me to test the machine on someone else's dime and, if I liked what I found, I could go and purchase my own computer of the same model. Unfortunately, that plan was kiboshed when it was determined that this particular machine was not available through business channels. The notebook in question, of course, is the Lenovo ThinkPad E460.

The 'E' in E460 means that this machine is targeted towards the Education sector, and it certainly feels like something a company might try to sell to a school or small business. Unlike the T and X series notebooks, these units do not see a lot of post-manufacture cleanup. It's not uncommon to find plastic or metal burs at various cutout points on the case, and the USB ports might not even properly line up with the holes cut into the case. The screen is dimmer than most of the other machines sold by Lenovo and the keyboard, while perfectly usable for short bursts of high-speed typing, is clearly something that was designed to do the job rather than do the job well. 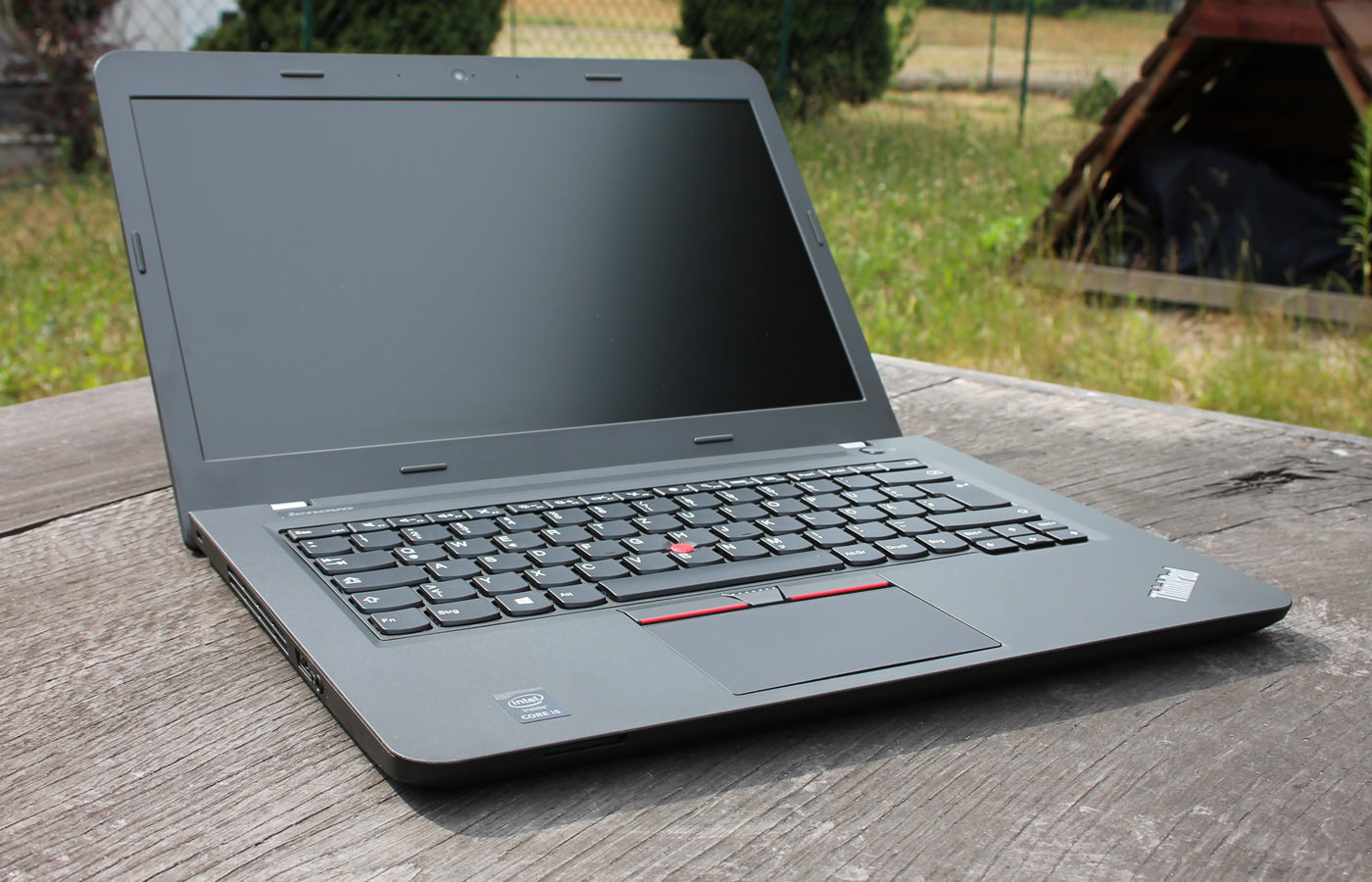 So, if this machine is such an economical device that it stands out as being a cheap device, why would I be considering it? The upgrades, of course.

The E460 does have a FHD (1920x1080) IPS screen option to replace the horrid WXGA (1366x768) resolution that just won't die. On top of this, the machine does have a very potent processor under the hood and can (unofficially) support up to 32GB of DDR4L RAM with it's two human-accessible DIMM slots. Like most Lenovos, the hard drive is replaceable with a performant SSD, and it can all be installed in under 10 minutes assuming you don't mind running the risk of breaking a bunch of thin plastic hooks that lock the bottom panel into place. So, despite it's outward appearance, it's what's inside that attracted me to this device.

That said, it's also what's not inside this device that later took it out of the running.

After being very impressed by what the Lenovo T450s has to offer, I dug around online for the specifications sheet for the E460. I wanted to know if this machine also supported the M.2 SSD devices and, as one would expect from a budget machine, it does not. In addition to this, there's no backlit keyboard option, very few OS options, and a piddly 1 year warranty, which says a lot about Lenovo's confidence in the machine. Although the unit does have a discrete graphics card in the form of an AMD Radeon R7 M360 with 2GB of memory, reviews all over the web state that the Intel integrated graphics chip is faster and more performant … which defeats the whole purpose of having a dedicated graphics card.

Maybe it was a good thing the powers-that-be at the day job were unable to get their hands on this particular machine. Because while I haven't yet made a decision about what kind of computer to buy next, this unit will not be on the short list.