When thinking about switching platforms it's important to think about hardware. In fact, hardware is one of the most important elements when it comes to making the leap from one type of system to another. In this post, I plan on looking at one of the systems that has long caught my eye: the Lenovo ThinkPad T450s.

The T450s is a pretty standard Lenovo by most metrics, offering just enough features and functions to accommodate the greatest range of consumers. It ships with a 14" screen that has either a 1600x900 or 1920x1080 resolution, the latter receiving rave reviews from people who have purchased one. The keyboard is pretty much exactly the same that has shipped with the ThinkPad models for years, and the Japanese model — the one that I would pretty much demand — is quite comfortable to use based on my experience with floor models at various electronics shops around town. Considering how much time I spend typing on a computer and looking at its screen, these are the two most important factors. I would gladly accept a slower processor and fewer expansion options if it meant having a superior typing and viewing experience. 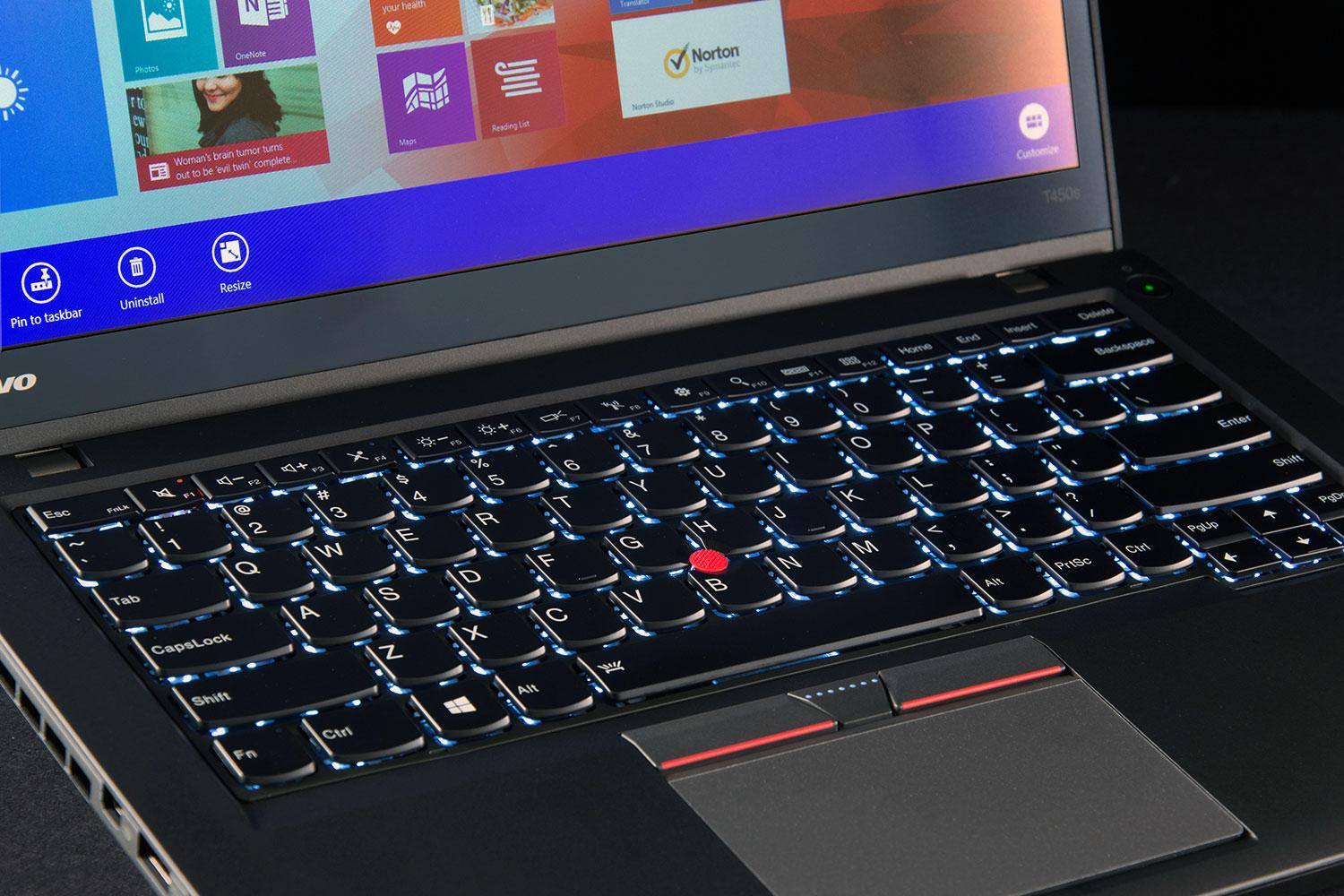 Unfortunately, all is not rosy with the T450s. One of the less-desirable elements of this notebook is the 4GB of soldered-on RAM. There is an expansion slot that will accept a RAM module as large as 16GB, but the 4GB from the factory cannot be changed without a lot of precision soldering work … which isn't something that I'm capable of doing. That said, as the motherboard does not make use of dual-channel RAM, this is something that most people who do not demand bleeding edge performance can live with. Also, people who want to use performance RAM in a notebook would probably not get a 14" model. For me, while I can appreciate the benefits a 15" model would come with, the extra weight in my already over-crowded bag would do a number on my back in no time.

All is not lost with this model, though. There is something rather unique that I have recently learned about through the hardware manual (be careful with the download, as it's a whopping 36MB in size). Look on Page 66 (the 72nd page of the PDF) and you'l see this little gem: 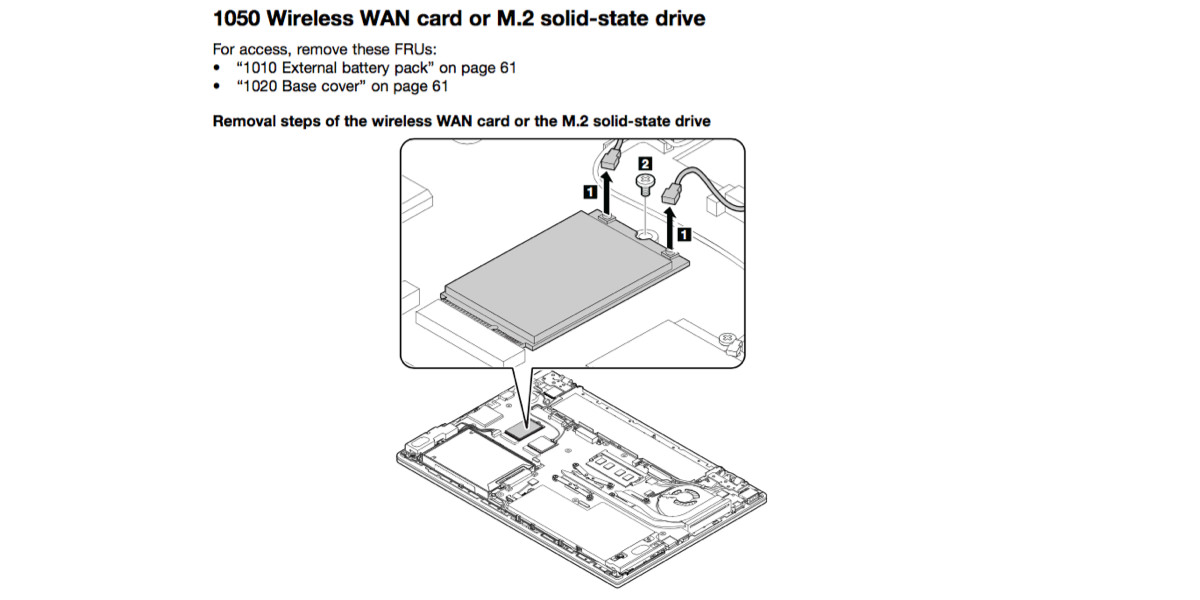 Yes. The Wireless card can be swapped out with another SSD. This means the T450s supports two M.2 SSD units. One standard M.2 2280-type SSD, and an M.2 2242. This, in addition to supporting a standard 2.5" drive in its bay gives Lenovo something that's more than interesting to consider. People who can get by with a USB wireless device — or no wireless connectivity at all — could be walking around with a machine that can move a huge amount of data at blistering rates … at a price. But given the entry price for one of these units, having the option to actually do something like this if the need arises is nothing short of amazing.

Well … it's amazing to me, anyway. I do a lot of work with databases and Virtual Machines. Having a drive dedicated for this purpose would be a wonderful treat, and having the ability to perhaps set up some RAID between the two M.2 SSD drives means the machine could have one heck of a lifespan.

As of this writing, Lenovo Japan is having a pretty decent sale on their 2015-model machines. I went through and made a bunch of upgrades to the basic model and was greeted with a price of 137,635円 (about $1,200 USD as of today).

This is for the upgraded FHD screen, 12GB of RAM, the bigger secondary battery, camera, fingerprint reader, 65W slim charger (which I'd be leaving at home given the notebook's 13 hour battery life), and more. Granted, this means keeping the stock 500GB spinning disk hard drive, but that would be the first aftermarket upgrade the unit would receive. Samsung 480GB SSDs sell for much less than the units Lenovo offers, and I'm not squeamish about swapping out parts in a notebook before the unit sees its first boot.

While I haven't yet made a decision about what kind of computer to buy next, this unit here is a strong contender.