When thinking about switching platforms it's important to think about hardware. In fact, hardware is one of the most important elements when it comes to making the leap from one type of system to another. In this post, I plan on looking at one of the systems that I've considered off and on recently: the Lenovo ThinkPad T550.

Just like it's smaller sibling the T450, this Lenovo T550 is a standard run-of-the-mill device that ships with everything people would expect from a 15.6" notebook. A huge keyboard that would put a piano to shame, an off-centre touchpad that looks like it's designed for a left-handed person, and a screen resolution so awful you couldn't tell the Windows logo from a picture of Mario in Super Mario Brothers due to excessive pixillation. That said, there's a lot going for this machine once you throw in a few inexpensive upgrades. 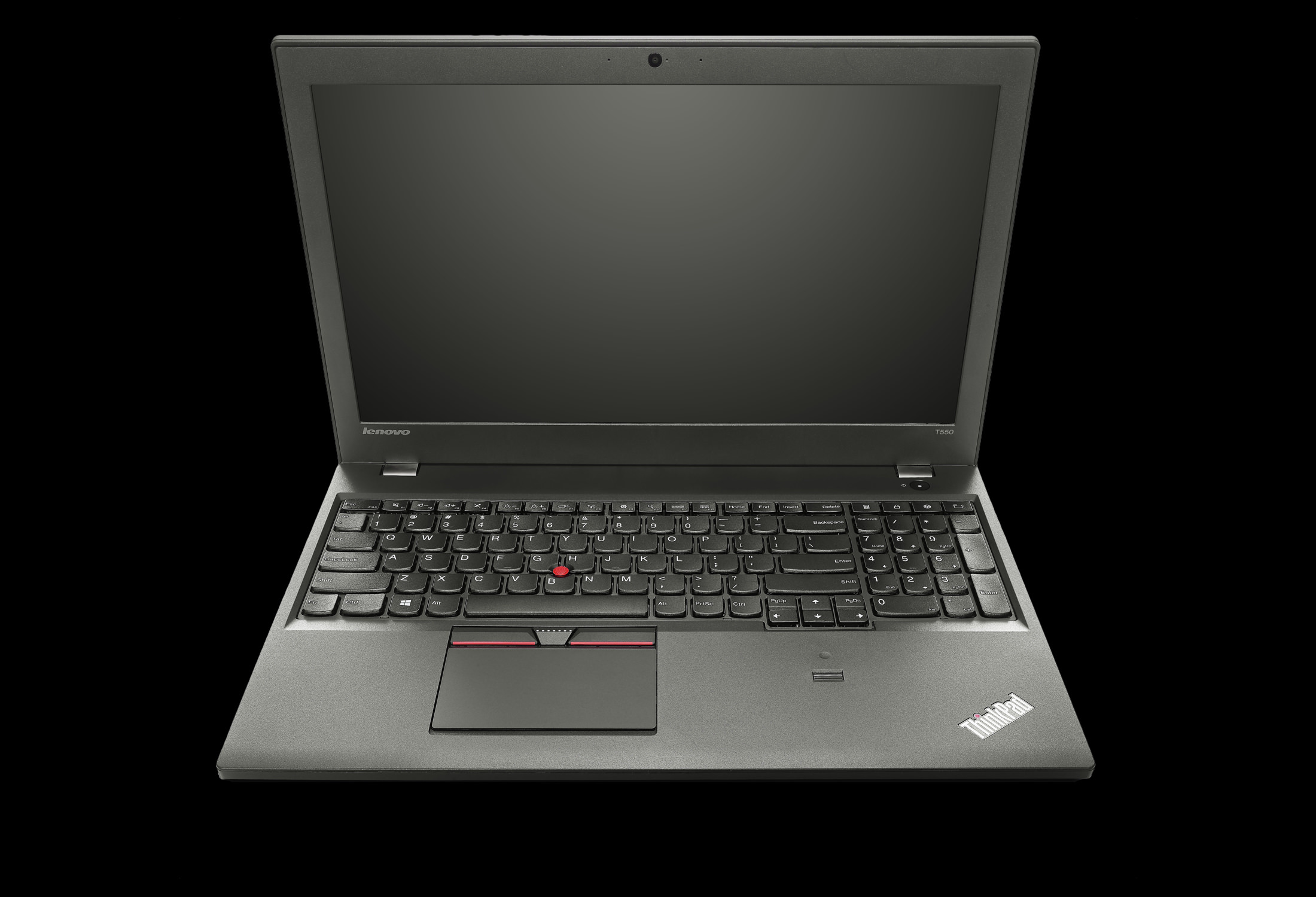 One of the many things I like about the T550 over the 14" model is the fact that there is no onboard RAM on this machine. It comes equipped with two memory slots and can handle up to 32GB of LPDDR3 RAM. Also like the smaller model, it supports a great amount of storage expansion and easy access to all of the critical components after taking off the bottom panel of the notebook. In terms of serviceability, this machine rocks. With a 15.5" 2880x1620 IPS screen upgrade, the WXGA abomination that ships with the basic model can be completely obviated, and the ports on each side of the machine make it a snap to add and remove as many peripherals as most people will probably need from a mobile machine.

That said … that damned number pad … and the off-centre touchpad!

I know I'm being unnecessarily picky here but, from my experience, number pads do nothing to add to the productivity of a person using a big-ass notebook. If anything they just make the rest of the keyboard — the part that we spend 99% of our time using — more cramped than necessary. I'd love to see Lenovo offer a model of the T550 with the same keyboard we can find on the 14" models, centred and padded by a heat grill or just the plain, stippled plastic that they make all of their ThinkPads with. With the way my fingers fly over a notebook, I would fully expect to hit a [4] or [7] key when I really wanted to get a new line or erase a typo. These sorts of keying errors would be rage inducers under the wrong circumstances.

Of course we can learn our way around a new keyboard.

As of this writing, Lenovo Japan is having a pretty decent sale on their 2015-model machines. I went through and made a bunch of upgrades to the basic model and was greeted with a price of 134,028円 (just under $1,200 USD as of today) for a nicely decked-out T550.

This included the higher-resolution screen, a fingerprint reader, 16GB of RAM (two 8GB sticks), a backlit keyboard, the best wireless card, and a battery upgrade that will purportedly give this unit a 29-hour battery life … which is beyond crazy. Of course, it would be as heavy as most of the textbooks I carry around at the office but, if I am going to be moving out of the classroom and into a software development role with the company, lugging this beast to and from home will be less of a burden.

While I haven't yet made a decision about what kind of computer to buy next, this unit here gives me something to think about.